HMRC has published the eagerly awaited draft legislation on the changes to loan charges, a measure designed to tackle tax avoidance through disguised remuneration.

The announced changes are in response to Sir Amyas Morse’s independent review of the loan charge policy and its implementation.

The summary of key changes as outlined by government to the loan charge and information provided about how this will be managed are:

Additional measures will provide flexibility in the way payment is made, based on the value of disposal income including assets as follows:

if you do not have disposable assets and earn less than £50,000, HMRC will agree time to pay arrangements for a minimum of 5 years.

If you earn more than £50,000, or need longer to pay, you will need to provide HMRC with detailed financial information. There is no maximum time limit for a time to pay arrangement

in line with existing practice, if you need time to pay, you will pay no more than 50% of your disposable income, unless you have a very high level of disposable income. The amount you pay into an arrangement each month will depend on your own individual circumstances.

There will be no late payment interest charges on Self-Assessment liabilities if the return is filed and all tax paid or HMRC agree to extend the deadline to 30 September 2020. 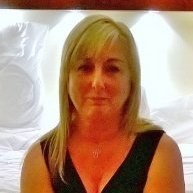 "I have chosen The Learn Centre both for my own knowledge base and in-house training courses for my teams for many years. I have always been extremely impressed with the content of the courses, people engagement and the positive feedback from my staff."