On the back of the government’s budget and the decisions and statements made which was delivered in October, the detail confirmed is incorporated into the Finance Bill which is delivered by H M Treasury. As with all Bills of this type they are required to go through readings and agreements within parliament and the Finance Bill received its first reading on the 2nd of November. Due to its importance and the fact a large number of areas require short effective dates it doesn’t go through the normal parliamentary process and will therefore have a further reading in the near future.

It’s also very important to consider the bill includes areas of future change including and amendments to minimum pension ages which come into effect later in the decade so it’s a key read for all payroll professionals.

The details of the Bill can be found here:

On the back of the recent budget, HMRC have ratified and confirmed the National Insurance rates and thresholds for the 22/23 tax year. This year sees a number of changes to the “norm”. Firstly, with the introduction of the Health Levy as an integrated part of National Insurance deductions, we have new rates applied as shown below. This is a one-year change as the levy will separate in 23/24 and the original rates prior to this year will be re-applied.

We were also made aware that National Insurance thresholds would increase by CPI, hence a 3.1% lift to all bands except the Upper Earnings Limit linked items which form part of the March budget freeze on taxation and as such remains at £50270 per annum.

With the introduction of both Veterans and Freeports NI holidays, we also see new upper levels, and these are represented in the chart below: 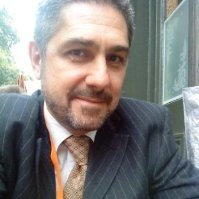